Transparency and Open Government Data in Rio de Janeiro: The Collateral Effect of the Smart City

Rio de Janeiro, also internationally known as Rio, is a city that has a recent history of collection and opened/transparent data to citizens and journalists. Before the largest natural disaster in the city, a heavy rain in April 2010, data collection was developed in an unstructured manner, with information management based on empirical and tacit data from civil servants, as well as analysis and transparency of these data were not yet in-depth. From this heavy rain that left thousands homeless, killing 72 people and the city in a situation of emergency, the mayor decided that the city needed to prepare even more and a better way for natural phenomena that began to occur in shorter cycles and bringing serious risks to Rio de Janeiro.

Thus, after the heavy rains during a meeting with a multinational company of computers, the mayor initiated the construction of a four-story building fully geared to monitoring, collection, analysis and data transparency of city government. Four months later, was being inaugurated Center of Operations Rio de Janeiro (COR). On this place are all the departments of the secretariats, which jointly have access to several layers of geo-referenced information, many of which are derived from data collection instant, as the position of public transport, the information gauges, rivers, tidal level, 600 cameras throughout the city and many other information.

Moreover, another advantage of COR is the rapid decision-making delegated to more than 100 operators and their local coordinators. If for example, an accident with victim happens, what to do? Strategically positioned near, the secretary of transportation, municipal police, the health department by ambulance system talk to each other to do a better and quick decision following the previous protocol created by the intelligence department. First is identified the location of the accident, its proportion, a rescue team is sent if necessary to block the roads nearby, caters to the victims and wounded, and then, the ambulance goes to the nearest hospital. All of this coordinated by one or more screens of 80 possible within the COR.

Featuring all of this data collection to produce rescue, blocking roads and many other emergency services, the city decided that all these data should be available to the public and began a process of open government and open government data. Several initiatives have been taken towards this goal, such as creating an environment for journalists, which have simultaneous access and transparent, on a mezzanine facing the screens of operators and engineers in COR. Everything is released simultaneously to the journalists of local and national radio and television. In addition, the portal COR has instant information on the main roads as well as the time it takes to travel in the city.

Recently, another department was created to give more intelligence within the COR. PENSA – IDEAS ROOM is a team responsible for cross data and find creative solutions to the problems of the city can be overcome. Part of what this department produces is published directly to citizens. One of the first projects of this team was the marathon Hacker, the Hackathon 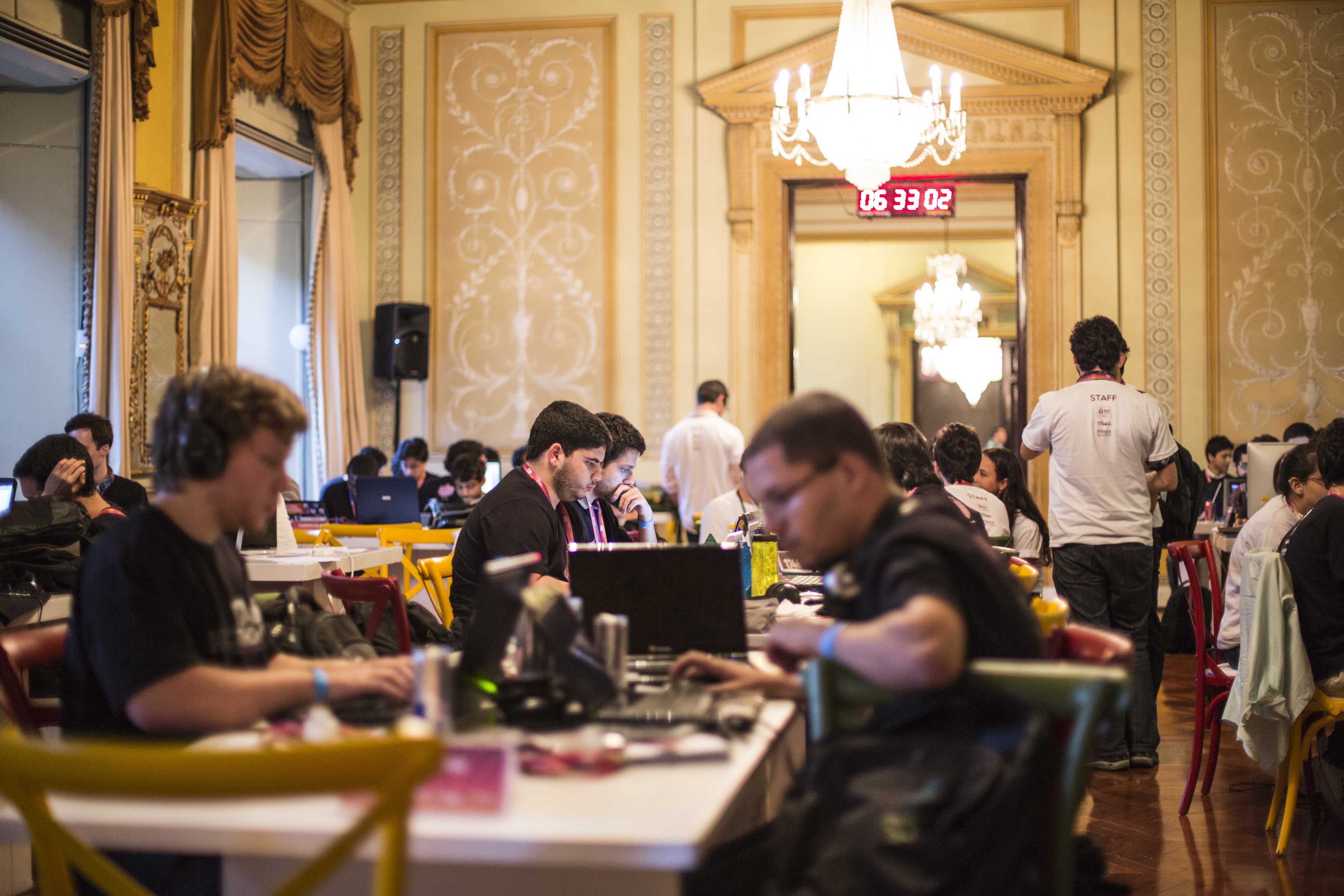 This event brought together more than 80 computer programmers, which was offered full access to the databases of the Central Service for 1746, reserved matters the privacy of users of the City Service Center. The Call Center 1746 is the place where citizens complain about the service and conditions of the city. The winner created a smart model car, which can be used to charge your smartphone, verify and claim parking spots throughout the city in real time, affecting the demand and supply of cars and parking places in the city. Two important governance environments and transparency of open government data are being created by civil servant in Rio de Janeiro. The first is an Open Data Committee of Rio de Janeiro, with representatives of the major technology areas of the municipality and the county departments as well as agencies that were already provide what data transparency and open data format.

If you are more interested on the public policy of open data and smart city from Rio de Janeiro, please check this video in English at http://www.youtube.com/watch?v=nFwbXNopnTI.

Unless otherwise specified, the works on this site are licensed under a Creative Commons Attribution-ShareAlike 2.5 South Africa Licence. To view a copy of this licence, visit http://creativecommons.org/licenses/by-sa/2.5/za/ or send a letter to Creative Commons, 171 Second Street, Suite 300, San Francisco, California 94105, USA.

The project is funded by the Canadian International Development Research Centre (through grant 107075) and is managed by the World Wide Web Foundation.